The man behind the team who had a clear ambition. He wanted to create the finest Grand Prix race team and win. He was especially focused on beating Ferrari whose red cars so often ruled the circuits of Europe. The industrialist lent his considerable resources to creating the finest cars and hiring the best drivers. A key component was his love of engineering innovation. He knew that to win, risks had to be taken and new solutions found. The cars of 1958 with their skilled and brave drivers achieved this and more, Vanwall won the trophy and changed Britain’s Formula One reputation and mindset forever.

The Vanwall team name was created from the fusion of Vandervell and Thinwall, the globally renowned bearings business that supplied top teams like Ferrari. The first cars were known as ‘Thinwall Specials’ and were openly Ferrari race cars acquired from Enzo Ferrari himself and then re-sprayed in British racing green. The first British Vanwalls began to race regularly in 1954. The team quickly gained a name for innovation; pioneering the use of disc brakes in F1, fuel injection and next generation tyres. The Vanwall engine was based upon a Rolls-Royce designed block mated to Norton motorbike inspired cylinder heads and top end components.

Find Out More
Image by Peter Harholdt for Revs Institute of original VW5/11, part of the Miles Collier Collection at Revs Institute. 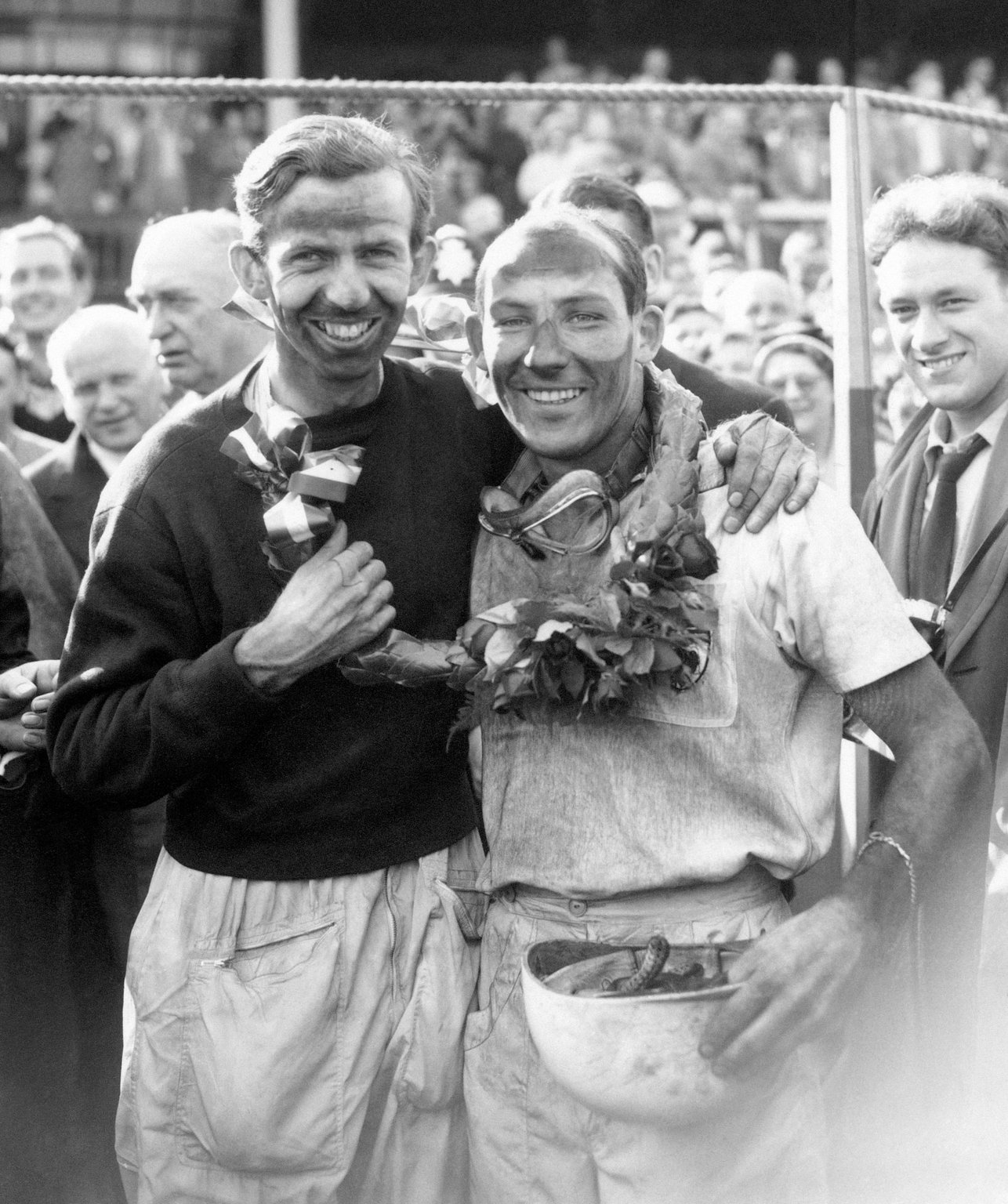 Vanwall and the World Constructors Championship

The 1958 Vanwall can rightly claim to be one of the greatest ever front engine F1 race cars. Vanwall won 66.6%  of its nine races that year, securing a points maximum as only the best six results counted. Quite clearly no other car, not even a Ferrari, could get close to a Vanwall on the limit, where they spent most of their race-track time.
1958 and the winning mind-set at Vanwall secured its name forever as the first on the World Constructors Trophy, a remarkable and enduring achievement.